Multi-functional and multi-variable, personalized and easy to use simple design and fast to use.

1. Clear code: two fingers hold the unlock key and the lock key; the LED light quickly lost 3 times in about 2 seconds; release one of the fingers (the other hand cannot release), then use the loose finger to quickly click the release button three times quickly until the LED light uses quickly; the two fingers can let go; then press any button on the remote control; when the LED light goes out, it means the clear code succeeded (four keys all empty); if the light is still on after pressing any button on the remote control, it means that the original code has not been cleared successfully. You have to erase again and only successful clearing of the code can be clone successful. You can erase and clone the code repeatedly.

4. How to deal with the situation where some keys are in control, the rest are not? You can use erase and restore operation, the specific operation is as follows:

(2) after clearing the code, copy the unsuccessful key again, and no need to copy the rest buttons; 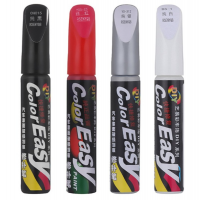